Yelling at anyone is unacceptable behavior. However, yelling at your spouse can indicate deeper issues within the relationship.

Not only is yelling or shouting at a person a form of control, but it significantly lowers your self-esteem over time. If this is the only way you can communicate with your spouse, you create a toxic environment. That environment is not healthy for your relationship.

Some women try to prevent their husbands from yelling by changing their behavior. They avoid confrontations where they think they will make him angry.

But yelling at your spouse isn’t just a form of emotional abuse. Gradually it wears away the feelings of love until the marriage breaks up, or even worse, anger quickly escalates into physical violence.

However, you won’t be able to move forward and stop him from yelling until you know why your husband yells at you in the first place.

Maybe your husband is not aware that he is yelling at you. He may also not know how this makes you feel. He might describe his behavior as passionate or zealous, but it is frightening and scary to you.

In this instance, you need to calm him down and describe how you feel when he yells at you.

“When you raise your voice, I don’t feel safe around you.” or “As soon as you start yelling, I stop listening.”

Yelling is a form of abuse, inequality, and disharmony. After all, happily married couples don’t yell at each other.

2. He is feeling overwhelmed about something outside the marriage

When we are hurting, we take this pain out on the people that are closest to us. Why? Because we know that work colleagues, friends, and family members won’t put up with such behavior. But spouses do.

One indication that this is a problem not associated with marriage is if the yelling is not normal behavior. Has your husband recently started yelling at you? Have you noticed other changes in his behavior, such as low moods, a short temper, or depressive episodes?

Instead of getting upset, wait until your husband is calm and gently ask him to open up to you. Be prepared for some resistance. Men don’t like to talk about emotions or their problems. But remind him that he's yelling at you cannot continue.

3. He is using yelling as a form of control

Some men are insecure, prone to jealousy, and have low self-esteem. Then others have a grandiose sense of self; one that they think entitles them to whatever or whoever they want. Both use shouting to control.

The insecure men use control to keep their spouses on an extremely tight rein. They are not confident enough in themselves and don’t trust their spouse, so they set boundaries.

Look out for other methods of control, such as dictating what you wear, who you are allowed to see, giving you time limits outside the home, and isolating you from family and friends.

4. Your husband yells at you because he doesn’t respect you

Shouting at your spouse does several things. It belittles them, it makes them feel as though their opinion isn’t worth listening to, and it is a form of abuse. When you yell at someone, it denotes a lack of respect. He doesn’t value your opinions, your contribution to the household, your efforts to raise the children, anything.

Perhaps he was raised to believe that women do certain things in the home, such as cooking, cleaning, and childcare. Maybe he is a male chauvinist with outdated views. That is irrelevant.

He needs to know that you are equal partners in the marriage and you won’t tolerate being yelled at anymore.

5. He was raised to resolve disputes by yelling

We are indeed all products of our environment and our childhood. Your husband might have been raised in an atmosphere where shouting and yelling were normal. If so, he won’t see anything wrong with his bad behavior.

At the end of the day, it’s not important what you are used to. Yelling is not acceptable. Not only is it an ineffective way of resolving issues, but it’s hard to listen to someone’s point of view when they are shouting.

Make a promise to one another that you won’t yell or shout if you have a disagreement in the future.

6. You are doing something that frustrates him

It is possible that you are doing something to make your husband yell. Of course, I’m not saying this is the right way to go about tackling a problem. However, your husband might be reacting to your behavior.

He may yell at you because he doesn’t know how to articulate what he wants to say. Remember, men are not natural talkers. When a woman has a problem she’ll go to her girlfriends and talk it over. Guys tend to want to solve a problem on their own.

This may seem like a Catch-22 situation, but men usually like direct and honest discourse. So ask your husband outright if you are the cause of his anger, but insist the yelling has to stop.

7. He is hiding something

Some men use yelling as a form of attack because they feel defensive about their actions. Your husband could be having an affair and go on the defensive to shut you down immediately.

He’ll attack you by shouting to disguise or hide what he is doing. You become so shell-shocked at the yelling you don’t want to delve any deeper into the reasons behind it.

When people lash out in anger, they do so to create distance between themselves and their loved ones. Perhaps he needs time to sort out his feelings or his next move. Watch out for other clues, such as keeping his phone close to him and staying out late.

Some men have to give off steam and use yelling as a release. You might have an angry husband who has to vent about the world in general.

Little things like a motorist cutting him up on the motorway or his soccer team losing may make his yelling worse. But to be honest, you don’t have to put up with his ranting and raving every time he is frustrated at something.

Shouting at you because he is angry once in a blue moon isn’t the end of the world. But if he starts using you as a verbal punch bag then things will have to change.

It is not your role to absorb his anger or make him a better person. Nor is it your job to try and calm him down all the time. If this is becoming more frequent, suggest anger management sessions.

9. He is not happy in the marriage and wants to break up

Finally, yelling could be a sign that in his eyes the marriage is over. When the love has gone there’s no reason to treat someone with kindness.

Yelling becomes the norm and the relationship has deteriorated to such a point that nothing can save it. It is time to have a frank discussion and move towards bringing the marriage to an end.

How do you get your husband to stop yelling at you?

Tell your husband how his yelling makes you feel. Ask him why he is yelling at you and remind him that it is unacceptable to yell at you. Ask him to calm down before you listen to him. Don’t let the situation worsen by shouting or getting frustrated yourself. If it goes out of control, call the Domestic Violence Hotline.

Is it normal for your spouse to yell at you?

Yelling at your spouse is never normal, no matter the circumstances. Shouting doesn’t resolve issues, it worsens them. It can also lead to a lack of confidence and physical violence. A spouse may start to throw things and then put their hands on you.

Why does my husband shout at me all the time?

There could be many reasons, for example, stress at work or within the family, he could be hiding something, or perhaps he was raised where shouting was seen as normal. But at the end of the day, when a husband yells, it disrespects his partner.

What does yelling do to a relationship?

Over time, it erodes love and creates an atmosphere of disrespect and selfishness. Shouting does not take into account the other person’s feelings or views. When you yell, you say, ‘I’m not interested in your opinion. You don’t matter.’

Why does my husband hate me?

Why do you think your husband hates you? How is he treating you? If he yells or is violent towards you then why he hates you doesn’t matter. You need to get out of the relationship to protect yourself.

Why does my husband say things to hurt me?

He has either fallen out of love with you and wants to end the marriage, or he is hurt by something you have done. Whatever the reason, no one deserves to be spoken to disrespectfully. Ask him why he says such hurtful things.

If your husband yells at you there may well be an underlying reason. However, there is never an excuse. Communicating with anger will not solve the easiest of problems. Instead, it will create a toxic atmosphere. Don’t put up with it. 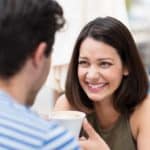 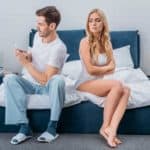 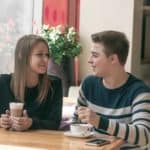 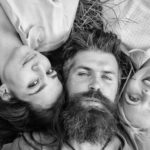 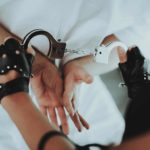