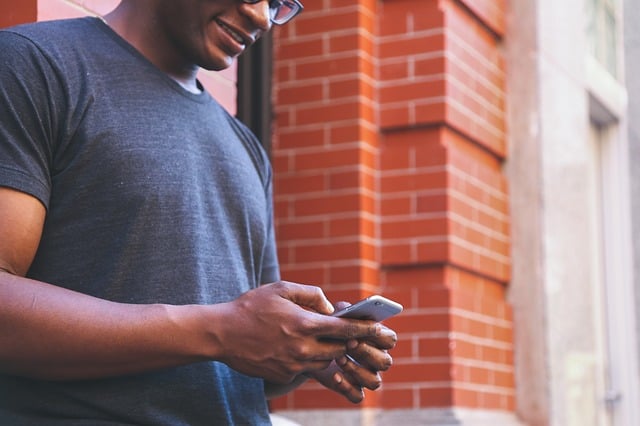 My Boyfriend Is Texting Another Girl (What Should I Do?)

The guide below features some general tips on how to handle the situation when your boyfriend is texting another woman.

However, the truth is: it can be hard to know exactly what to do unless you’re fully aware of what has been going on.

In many cases, a woman will only know what her boyfriend is willing to tell her. It’s then up to her to decide whether her man is being completely honest.

This tool should help you to make a better-informed decision. It can run a discreet background check on your boyfriend, revealing a ton of information about what he’s been getting up to when you’re not around.

The check includes information about smartphone apps he’s downloaded, online accounts he’s created and who he’s been frequently contacting. What’s more, it only needs a few of his basic details to generate this for you.

With this information to hand, you’ll be in a better position to decide whether your relationship is worth saving.

If you’re not sure whether or not your boyfriend has been texting another girl, the following signs could indicate that he’s being unfaithful to you by texting someone else, helping you to decide how to handle the situation.

He’s Always on His Phone

When you’re spending quality time with your boyfriend, it’s only polite for the both of you to put your phones away and focus on each other - especially in a new relationship.

If you and your boyfriend try to avoid going on your phones when you’re around each other, but your boyfriend is suddenly glued to his phone, getting notifications every two minutes, and smiling at the texts he receives, then it might be because he’s texting another girl.

Although it’s never a good idea to jump to conclusions - especially when it comes to accusing your boyfriend of being unfaithful to you - it’s worth noting his change in behavior so that you can keep an eye on it if it continues, especially if he’s showing other signs that he might be texting another girl.

He’s Become Protective of his Phone

Has your once chilled-out boyfriend suddenly become incredibly protective and secretive when it comes to his phone? Then you might have a reason to worry.

Unless it’s coming up to your birthday or Christmas, when he might want to stop you from finding out about your surprise gift, then your boyfriend suddenly becoming protective over his phone might indicate that he’s got something - or someone - to hide.

Whether he’s started taking his phone to the bathroom with him, leaving it face-down on the table when he’s with you, or turned his phone on silent - a change in behaviour around his phone might give you a reason to worry about - and question - whether or not he’s being faithful to you.

It’s a horrible feeling when you think your boyfriend might be being unfaithful to you, but it’s important not to jump to conclusions based on a change in behaviour, otherwise this might actually end up ruining your relationship.

However, if you have reason to suspect that he’s texting another girl, and you’re sure you’re not just being paranoid, then it might be worth taking our advice below and talking to him about the situation in order to save your relationship.

What to do If Your Boyfriend is Texting Another Girl

If you’re positive that your boyfriend is being unfaithful to you and texting another girl, then you need to decide how you want to approach the situation. There are a number of different ways you can deal with it - and certain things you should avoid when trying to approach your boyfriend about his micro cheating.

The following tips will help you to talk to your boyfriend about what’s going on, helping the two of you to bring up any issues in your relationship and work through them together if you think your relationship is salvageable.

The way you approach him about it will depend entirely on the relationship between the two of you - whether you’re both straight-talking and honest, or volatile and hot-headed, so it’s important to approach him in a way that suits the both of you in order to get the best end result from your conversation.

Approach Him About it

If you’re the kind of couple who are generally open and honest with each other, then the best way to sort out the situation - and salvage your relationship - is to approach him about it.

Even if you’re one hundred percent sure that he’s been texting another woman, there might be a completely innocent explanation for it, such as texting a female colleague, an old college friend or his female cousin - just because you’ve seen a woman’s name on his phone, it doesn’t necessarily mean he’s been cheating on you.

By talking to him about it,  you’re giving him the chance to give you his side of the story and come clean to you if he has been texting another woman. However, if you know for sure that he’s been being unfaithful to you and he point blank denies it, then you’ll know your boyfriend can’t be trusted and you’ll have to decide whether or not you want to stay in a relationship with him, as once the trust has gone, you’ll always feel on edge when you’re not with him.

However, it’s also important to bear in mind that when you decide to approach him,  you’re going to risk hurting his feelings and making him think you don’t trust him - especially if he’s been completely faithful to you. Therefore, it’s best to make sure you have a valid reason for accusing him of texting another girl before you talk to him about it, and that you’re not just feeling insecure in your relationship, as that’s a completely different issue for the two of you to sort out.

But if you know for sure that he’s been texting another girl, then the best way to salvage your relationship is to talk to him about it before he gets in too deep. Although it’s never okay to be unfaithful in a relationship, he might have his reasons for texting another woman, such as feeling insecure in the relationship and needing a fallback option, so giving him the chance to open up and talk to you about will allow the two of you to work through your issues together, without ruining your relationship beyond repair.

Don’t Get Mad With Him

It’s human nature to get angry when someone you love hurts you, but as awful as it is to find out that your boyfriend has been texting another girl, it’s important not to explode at him about it out of the blue. This is especially important if you’re not one hundred percent sure whether he has actually been speaking to another girl, and you’ve just got a sneaky suspicion.

Getting angry with him from the off will put him on the defence, making him more likely to either lie to you about it, or start shouting back at you - meaning the two of you won’t resolve the situation and actually risk making it worse.

So if you feel as though you might not be able to keep your cool and avoid an argument, then it might be best to wait until you’re feeling a little calmer before approaching your boyfriend about texting another girl, otherwise you’ll both just end up shouting at each other and never actually sorting out your issues.

However, if you don’t think you’ll ever be able to calmly approach the situation then it might be worth trying to approach him in a different way, such as writing him a letter, or talking to him about it in public, where you’ll be less likely to lose your temper.

As hard as it might be to admit to yourself that your relationship is over, it might be for the best if you catch your boyfriend texting another girl - especially if it’s not the first time.

If your boyfriend has been unfaithful to you in the past and you’ve still given him another chance, then catching him texting another girl is completely heartbreaking. However, it does prove that your boyfriend doesn’t respect you, he won’t ever change and he truly can’t be trusted - meaning you should value yourself, break up with him and go and find someone who truly deserves you.

But before you go ending a long-term relationship, you need to make sure your boyfriend has definitely been texting another woman and it’s not just a hunch you’ve got.

Whether a mutual friend has told you that he’s been chatting to another girl, or you’ve seen explicit messages on his phone - you should only consider ending the relationship if you’re completely sure that he’s been unfaithful to you, rather than breaking up with him because of a sneaky suspicion - otherwise it’s something you might grow to regret.

So whether you work through your relationship troubles together, or decide to call it a day, it’s important to make sure you approach your boyfriend if he’s been texting another girl to give the two of you a chance to work through it together.

What Should I Do If I Caught My Boyfriend Texting Another Girl?

If you catch your boyfriend texting another girl then you need to think carefully before you react. If she is just a girl friend that he has known for a long time then there shouldn’t be any need for you to get mad at him. However if he has never mentioned her before and he is showing other signs that he has feelings for someone else then you may need to talk to him.

Why Is My Boyfriend Texting Another Girl?

Your boyfriend may be texting another girl because she is one of her old friends. If this is the case then there is no need for you to worry or get mad at him. However, if you are worried that he is cheating on you and he is texting another girl all of the time then it may be time to bring this up with him before it goes any further.

Is Texting Another Woman Considered Cheating?

Texting another woman is not usually considered cheating. If the other woman is just another one of your partner’s female friends then you have no need to worry or get mad at him. However, if you are worried already that he may be cheating and he is also texting this woman then you may need to talk to him about this.

Should You Forgive Your Boyfriend For Texting Another Girl?

Is Sexting Cheating If You Are In A Relationship?

For most people sexting if you are in a relationship would be considered cheating. If your partner has been acting in this way then you likely won’t be able to fully trust him. In a relationship you should both be able to fully commit and trust each other. However, if you think you cannot trust him you need to have a serious conversation with him.

One comment on “My Boyfriend Is Texting Another Girl (What Should I Do?)” 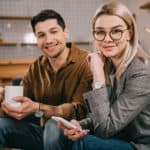 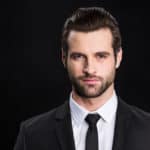 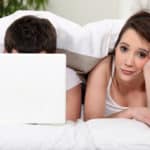 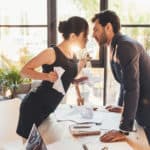 How To Hurt An Aquarius Man (13 Upsetting Ways)