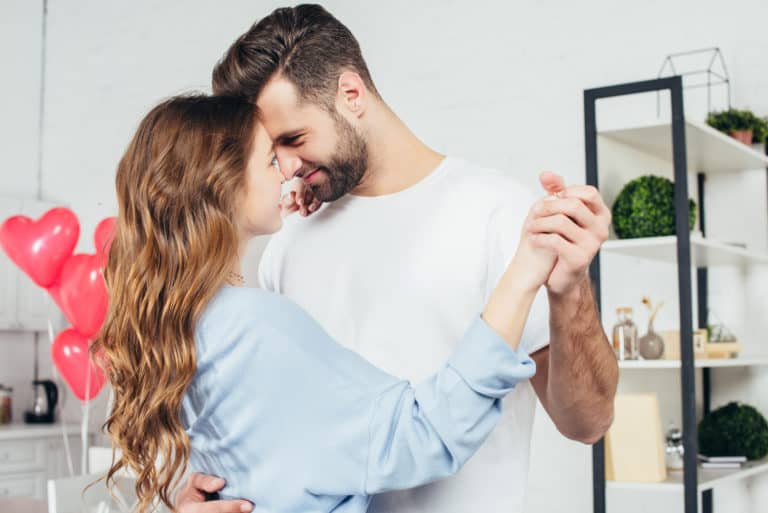 What Is Monkey Branching? (4 Obvious Signs)

‘Monkey branching’ is the practice of preparing a new relationship even though you’re already in one.

Most people would agree it’s incredibly unethical and unfair on the existing partner.

This guide will help you to find out whether your partner is monkey branching on you, or if a ‘single’ guy is doing the dirty on his girlfriend to get to you.

However, before I reveal the giveaway signs of a monkey-brancher, I want to tell you about an online tool that’ll prove extremely useful in this situation.

This tool can generate a detailed report about your love interest’s recent communications - and it only needs a few of their personal details to get started.

More often than not, you can catch a monkey-brancher in their tracks with this tool.

If you’re also interested in the behavioral cues that they show, read on.

What is Monkey Branching?

So what exactly is monkey branching? While all men and women will have slightly different views on what it is precisely, there are a number of characteristics that seem to be common across everyone’s definitions.

In short, it is commonly seen as a person that pretends to be single to flirt with men or women. They will often flirt with those people to such an extent that they almost cheat on their partner. This can mean anything from giving out their cell phone number and messaging them continually in a flirtatious or sexual manner, to actually going on dates with the men or women they have met.

Monkey branching can also be seen as a way of rebounding from a relationship that hasn’t quite finished yet. Or a way of making sure that when a relationship ends, you still have a romantic connection with someone. This is often the case with people who don’t like to be alone or are seen as serial monogamists - a person who always has a boyfriend or girlfriend.

What Are The Signs Of Monkey Branching?

So now that we know what this behavior pattern is, what are the signals of the act that we can keep an eye out for which means our partner is looking for other men or women as someone else to start a relationship with.

It is important to note that not all of these signals need to be present to indicate that your partner may be partaking in this behavior. Just one or two need to be seen for it to be a possibility that your other half is being deceitful.

A key sign that your partner is flirting with other men or women is if they are on their phone a lot. This will likely be them messaging a man or a woman with something more than just messages you would send to friends.

The difficulty with this sign is that you can’t read these messages without invading a person’s privacy. If you are worried that your partner is messaging other men or women, the best thing to do is ask them directly.

2. Being Vague About Their Whereabouts.

If you like or love your boyfriend or girlfriend still and are worried that they are out looking for other men or women, it can be a good idea to get clear in your head what you want for your relationship. Use that time to identify problems between the two of you and try to resolve them. This can mean a direct conversation between the two of you as well as some work on your own personal problems.

3. They’re Going Out With Friends A Lot.

Or, it could be that they are lying about being with friends and who they are with, in reality. If you like them or love them well enough to want to fight for him or her, you need to be the one to call out your suspicions. Hopefully, he or she will simply allay your worries or it may be that you start a conversation about how to better things between the two of you.

If you find that your boyfriend or girlfriend has suddenly become the secretive one in your relationship, they could be thinking about the end of your relationship and trying to start a new one elsewhere.

If they are being uncharacteristically secretive, it could be that this is because they are already dating other men or women. Or it could simply be that they are not telling you definitively that when they are out with friends, they are looking for someone or something else that is different from you.

Is Monkey Branching A Rebound?

It can definitely be argued that monkey branching is a form of a rebound relationship. The reason being is that a woman can know that her relationship is coming to an end and so starts establishing other connections with men as a way to back up her current boyfriend for fear of being alone when it is over with him.

Do Exes Come Back After Monkey Branching?

It is possible for men or women to go back to a partner that they have been monkey branching with. The question should really be whether the partner wants them back after such deceitful and self-interested behavior that monkey branching can include.

What To Do If She Is In A Rebound Relationship?

If you are the ex of a woman who is now in a rebound relationship, you have two options available to you if you want her back. You can either let the relationship run its inevitable short course, or you can talk to her directly about your feelings so she doesn’t go out looking for others again.

How Do You Tell If She Is Monkey Branching?

The sad thing about monkey branching is that it is difficult to tell if you are the victim of it. Either because you are a boyfriend of a girl who flirts with other men, or if you are one of the men that she uses. The best thing to do in either situation is ask her outright if you suspect something is off.

How Can You Tell If You're A Rebound?

Knowing if you are a rebound is a difficult thing to gauge as it will vary from man to man, woman to woman. However, if you feel that your partner is not over their ex, or they seem to be very keen to see you all the time after a big breakup, this could indicate you are a rebound.

While both men and women are capable of being guilty of testing out the waters with other people before breaking up with their partner, it is often seen as women who are the main perpetrators of this type of action. Whether you find this to be true or not, the fact of the matter is that everyone will find this type of behavior hurtful if you are the victim of it.

Bearing this in mind, it may make you think twice about flirting or dating men or women while still in a relationship with someone. Even if that relationship is basically over, you most likely owe it to the person you are with to be open and honest about how you are feeling.

3 comments on “What Is Monkey Branching? (4 Obvious Signs)”

You May Also Like
Does Everyone Cheat? (12 Reasons And 3 Traits Of Cheaters)
No Comments
What Is Monkey Branching? (4 Obvious Signs)
3 Comments
11 Things Cheaters Always Say When Confronted
10 Comments