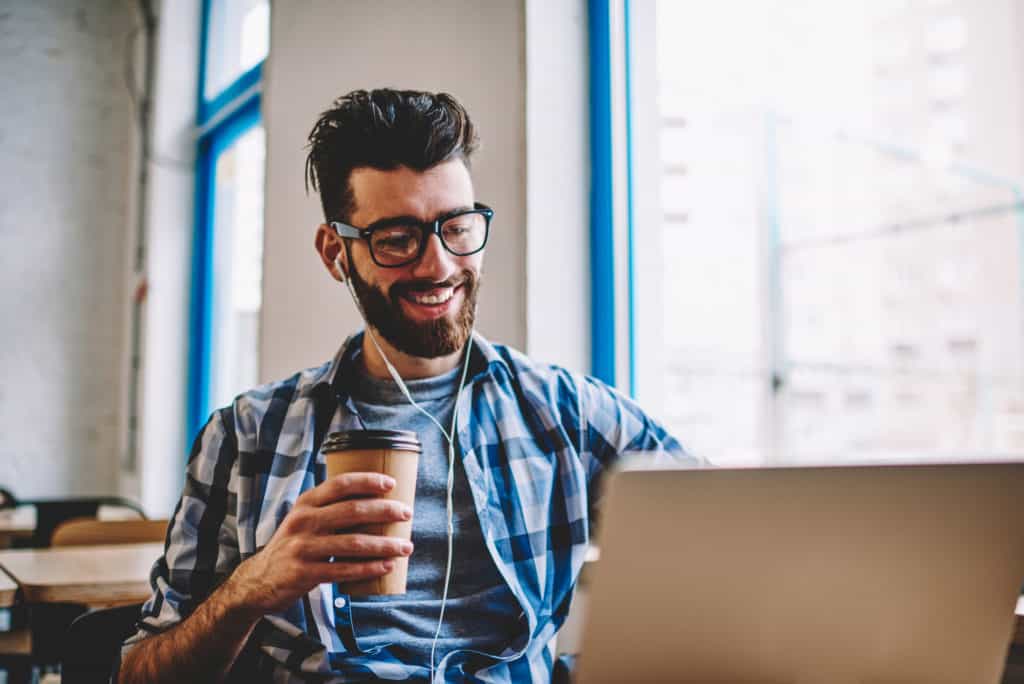 Dating can be a tiring and frustrating activity at times. Online dating and dating apps offered hope to many people who found it difficult to meet people in more traditional ways. However, using a dating app to help your romantic life can actually generate more problems than what you struggled with previously.

How you may well find that you are trawling through dating apps looking at each dating profile with despair. In fact, you may well be too frightened to make contact with a person for fear that they are a toxic individual at the other end of the dating app.

Here, we look at the type of men to steer clear of. There will be so many who have set up their dating app profile in such a way that you know, in real life, there is no hope of a happy or healthy relationship.

A persistent guy on Tinder or any other dating apps can be tricky to date in real life. While he won’t be short of conversation starters, you may find his persistence a little overwhelming if not annoying. He will constantly be contacting you through the app, if not through social media. It can leave you little time to really get to know him properly through all the static he is sending your way.

Some men simply use dating apps in an ineffective way. They like to talk too much over the platform without suggesting meeting up with the person they are messaging. Sometimes, this can prolong what would otherwise have been a relationship non starter. If you think you are talking to a guy who won’t initiate a meetup, ask him directly instead.

Some men use online dating as a way to get others to send them nude photos of themselves of partake in some sexting. If this is your thing, then great, but for many women using Tinder or otherwise, they do actually have a chance of meeting The One. If a guy suggests you send him a racy picture, only do so if you are comfortable.

Many online dating profiles include a little bit of self-promotion that can sometimes verge on plain lying. Some, however, are even worse and are totally fake. Going on a date a fake guy is always going to be a disastrous love story so it can be best to avoid this one at all costs.

The problem with meeting them online as opposed to real life is that they are harder to spot, but often making outlandish claims on their profile is a good first indication.

There are some men on dating apps that are trying to meet other women or people when they are already in a relationship. If you think this may be the case with a guy you are messaging, try seeing if you can do a cursory social media search of him where any coupled up pictures may be posted. Or, just ask him outright.

If you see in your potential romantic interest’s profile that he has taken a lot of his photos in the office, it is a good indication that he is a workaholic. Workaholics are fine, as long as you are ok with not being his first priority. He will be spending long hours at his work, so you may not see him very much either.

If you are using a dating app as a means to meet a guy for a serious relationship, you obviously want to avoid the one who never likes to be tied down to just one relationship. Usually, there are some clear signs of this in their messages. They most likely will want to change plans a lot and will often keep the conversation very light or even superficial.

Perhaps one of the most popular dating tips of all time is to avoid a man who is a mommy’s boy. Such men will always be difficult to date as they will always defer to their mother. She can become a third person in your relationship, which can be hard even if her intentions are good.

If he speaks about his mother a lot, this is a big indicator that he is a Mommy’s boy and is to be approached with caution.

Often people go on to date apps as a clear reaction to being dumped in a previous relationship. It can be a good idea to steer well clear of a guy who is only talking to you because he is on the rebound. The rebounder will mention his ex subtly at first and then do so more frequently as times goes on.

A rebound guy is never usually using apps to meet another person for a serious relationship. It is simply a knee jerk reaction to being rejected by the person that they loved. Those feelings of rejection can make having a meaningful relationship or connection with him very difficult.

If you are into sports, then messaging a sports-mad guy over Tinder or similar is a good idea. However, seeing a sports geek, in reality, can be a tedious process as so much of their life is spent glued to the TV watching the latest game or catching up on the latest sports fact through their laptop.

Sports is a year-long thing that means that sports geeks will not have much spare time to dedicate to a relationship.

Going out with a vain man is a difficult relationship to be in. It can so often mean that they have a huge ego that needs to be consistently massaged to make themselves feel good about themselves. This often leaves them with little room to think about you and your needs.

If you find that your messages are often all about him, you may well be exchanging messages with a vain guy that is better to evade. Relationships need to be about balance, so if you are constantly stepping on eggshells around him because of that ego, you will find that you are often doing all the work.

Insecurity is a tough characteristic to deal with. Try to find out through messaging a guy therefore whether he has any big insecurities that may plague your future relationship and its success. Insecure boyfriends are a little like vain ones.

You have to spend so much of your time ensuring that they feel good about themselves that you often forget about yourself and your needs as a result. This is not a healthy balance for a relationship with a long term future.

Going out with an insensitive person is extremely tiresome. Try to sidestep the insensitive guy on your app of choice therefore as you will save your feelings in the long run. He may well think he is funny or he may well be unaware of how his words can hurt, but either way, you may find that you are often reeling from the sharp end of his tongue or his jokes.

If you find that you feel a little emotionally bruised after an exchange with him, he may well be best to stop contacting at all.

How do you know if a guy is serious about you online?

It can be really hard to know if a guy is serious about you online or just telling you things that he thinks you’ll like to hear. If in doubt, either ask him or try to glean what his true intentions are when you meet up. It will often become clear through his body language.

Why is online dating so hard for guys?

Online dating can be hard for guys as they are often not sure the best way to use dating apps. Some will want it simply as conversations starters, others will be looking for a long term relationship while some will just want to use it as a means to find women to have sex with.

Which dating site is best for serious relationships?

It is hard to say which dating site or dating app is best for serious relationships as it entirely depends on the person you meet through it. Some people have been very successful in finding long term relationships through Tinder, while others only find luck on sites like eharmony.com

Are guys on Bumble looking for relationships?

Some guys are definitely on Bumble looking for relationships. But, like the women who use it, some will be using it purely to meet others to hook up with. It can be hard to ascertain which guys are using it for a relationship, so if in doubt, just ask.

What Online Guys To Avoid - The Bottom Line

Knowing what characters to avoid online can help you in the long run when it comes to the success of future relationships. While online apps are not perfect, they are certainly an excellent way of sifting out the more bad men from the good ones.

However, being able to do so successfully relies on the experience of using apps in the first place. Bearing that in mind, reading our suggestions of what types to actively evade can be extremely helpful. 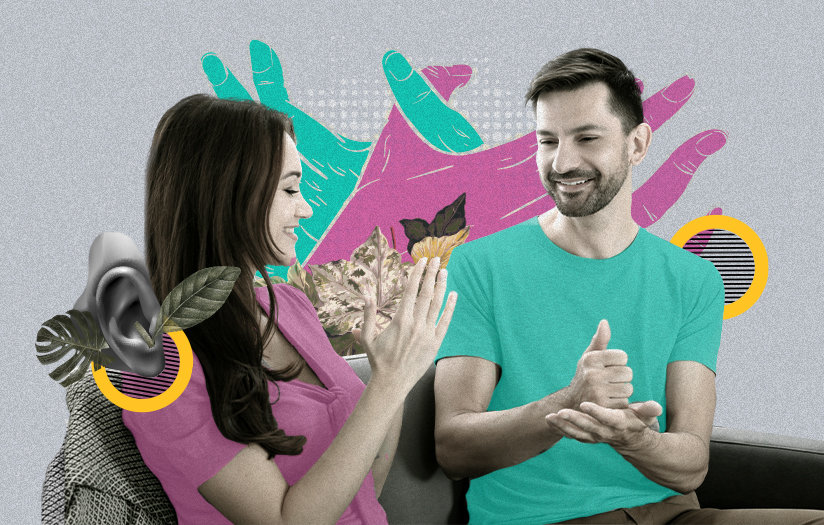 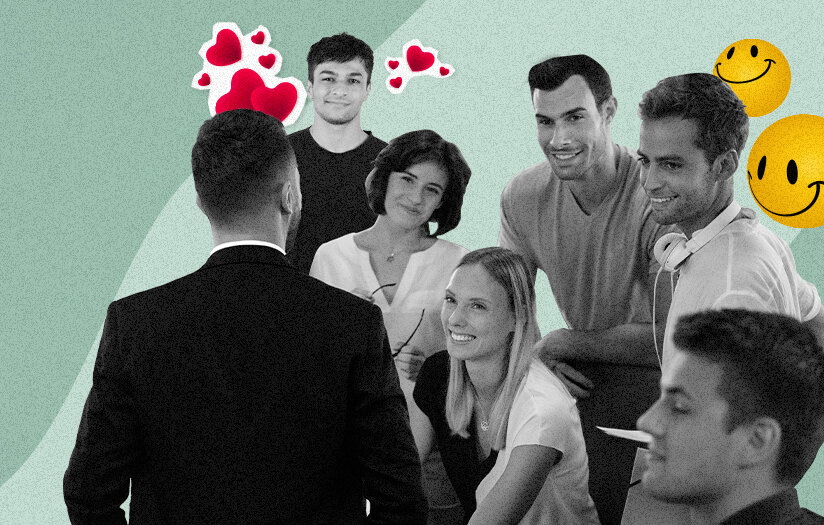 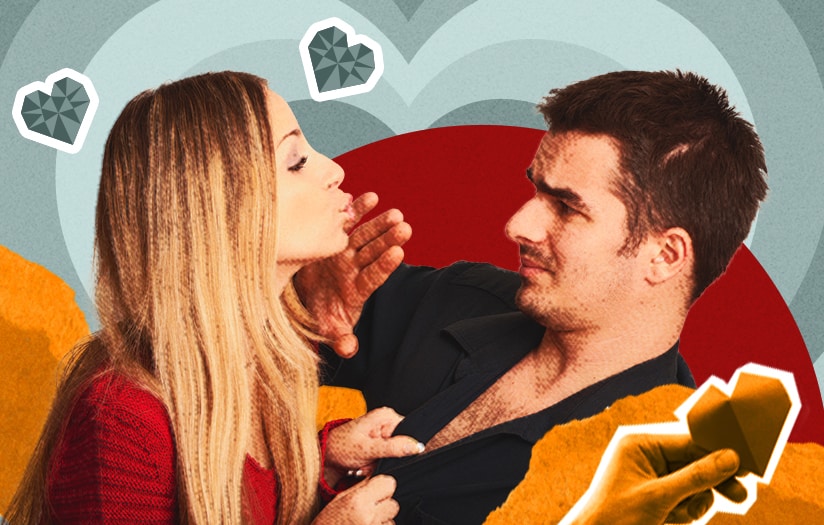