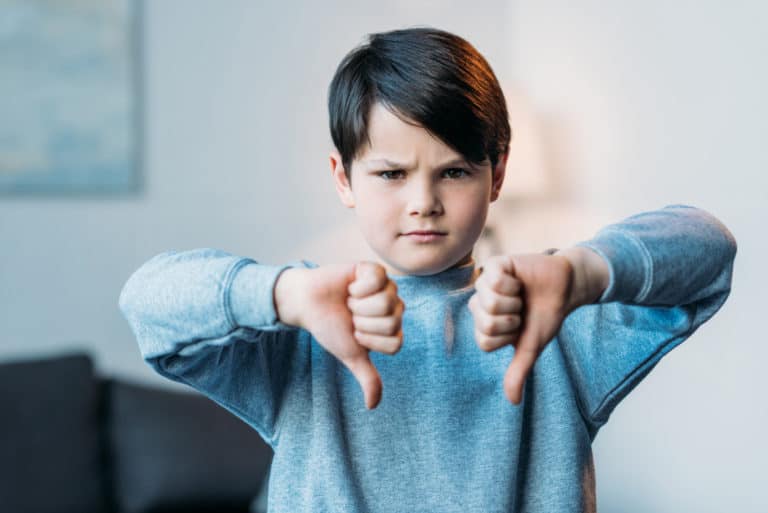 Moving in with your partner is a fun and exciting time. When there are stepchildren involved, it can feel like a nightmare. What started out as a happy family is suddenly a non-stop battleground. I used to have five stepchildren, and, at one point, they all hated me with a passion.

When you want to have a happy family, it can seem like your stepkids are a constant thorn in your side. They’re nicknamed skids for a reason, you know. Life doesn’t have to be like that. You don’t have to disengage to enjoy life. Instead, try these tips to get along with your stepchildren.

How To Deal With Hateful Stepchildren

1. Spend time with them

Don’t instantly jump into their life in an attempt to be their parent. Instead, take the time to truly get to know the child. While they might be having a hard time adjusting, there could be a lot of things that the two of you have in common. Explore common interests. Go to the movies together. Enjoy a day at the mall.

Take the time to truly nurture a relationship with the children. This can take months or even years. However, many kids wind up feeling that their step-parent is a nice addition to the family or friend instead of the wicked witch.

Don’t expect to have wonderful relationships with your spouse’s children overnight. Those take time. Instead, accept it for what it is and work towards a more positive future. That means being consistent with your love and support. Continuously spending quality time with them will help them feel secure, something kids with divorced parents need.

When you disrespect their biological parent, it instantly puts the children in the middle. Their loyalty will not lie with you. This can not only cause a significant problem between you and the other parents, but it can also make the stepkids hate you more.

Instead, try to stay out of arguments between the two parents. When the kids talk to you about their mother or father, remain neutral. Don’t bad mouth a biological parent.

Going through a divorce is hard on children. The child might wonder what their relationship with their dad will be like. They could feel that their family is broken now. It’s common for a child dealing with a divorce to act out because they feel hurt. Some children feel a lot of guilt for what happened to their parent’s marriage.

Even if you have never been married before, try to empathize with them. Attempt to understand their feelings. Provide support. Let them know that they can come to talk to you about the circumstances whenever they would like to.

Being understanding is not going to eliminate undesirable behavior. It will make them feel like part of the family. They’re less likely to think you’re playing favorites if you have a biological child. Children that feel like their voice is heard are also less likely to get into power struggles with you.

Some children are used to calling their dad’s new girlfriend, mom. Others are not. One adult will view this as disrespect while another won’t. As a stepmom, don’t make that decision.

This decision should be up to the biological parent and the child. Depending on the circumstances and feelings, their mother might not feel comfortable with that particular behavior. If a child starts doing it or considers it, that means it’s time to discuss it with their parent. Then, support whatever decision she makes.

5. Treat them as you do your own children (with limits)

Discipline isn’t something a stepmom should handle, especially in the beginning. Parenting is also best left to the bio family in the beginning. However, that doesn’t mean that you treat stepchildren like guests in your home. Expect them to follow rules as you do your children. They should respect you too. Even if you’re their stepmom, you’re still an adult that deserves certain treatment.

This goes the other way too. When you buy your kids something, make sure to include them. It can be challenging to buy them things when they act like you’re the definition of satan and don’t speak to you, but do it anyway. As time goes on, you’ll slowly move from the wicked stepmom to their special confidence.

6. Give them special time with their dad

This is especially important if you only have the child every other weekend. This is a common visitation arrangement after a divorce. They feel that their entire world has been turned upside down. Their family is broken. They need to have quality time with both of their parents to create stability in their life once again.

Children may also question whether their dad loves them after a divorce. Or if he still loves them now that they have a stepmom. That’s why quality time is so important. Let your relationship take a backseat to his parenting time when it’s his turn with the kids.

This can be challenging if your partner prefers to spend family time together, or keeps inviting you along. It’s nice that he wants for you to feel included, but it’s not helping his relationship with his children either. Consider being a bit busy. Encourage him to spend one on one time with his children during his parenting time. It will strengthen their bond and can help kids understand that he still loves them.

Stepchildren often feel like they have no power when they go through a divorce. Because of that, they spend a period of time creating conflict or trying to break up the new marriage. Maybe they want their parents back together. Perhaps they want to control things. Regardless of the reason, it can be a taxing time. You’re going to need some inner peace to get through it.

When you only have stepchildren four days a month, it can be a bit easier. You can find something to do for the weekend. Pick up a new hobby. Take a class. Avoid picking up the children from their mother, and leave that up to your husband. In fact, leave a lot of the weekend up to your husband. The less you have to deal with, the less stress you’re going to have.

If your husband got full-time custody in the divorce, it can be a bit more challenging because you don’t get as much of a break. However, you can find things to do outside of the house that will give you the break that you need.

Maintaining a relationship with your spouse is critical to making the marriage work. When you’re in a relationship with a stepchild, you’re instantly more likely to get a divorce later on. Having a child alone can put a strain on your relationship. When it’s a stepchild, it can be much more difficult. Your spouse should be your main support system as a stepmom. The two of you will need to make sure that you properly maintain your partnership and stay on the same page.

Why do my stepchildren hate me?

They may blame you for their parent’s divorce. New rules or things that their parent implemented since your arrival are bound to make them mad. Kids have a hard time adjusting to big changes, and they need someone to take it out on. They have a loyalty to their biological family, so they have to hate you.

How do you deal with a grown stepdaughter that hates you?

Respect her regardless of her behavior. You need to be the bigger person. Let her enjoy time with her father without you. Don’t force a relationship on her or expect to be her mom. Instead, remain neutral and try to brush off her behavior. Let her dad deal with it.

How do you deal with a rude stepchild?

You don’t. In the beginning, it is their parents' job. Your spouse should encourage respect and positive behavior. If it does not come on its own, it’s time to implement positive and negative consequences. Focus on the point that you’re an adult, and all adults deserve respect.

Why do stepkids hate their stepmothers?

Because they feel like they have to in order to be loyal to their blood-related family. Most people stereotype stepmoms as being the wicked stepmother or evil. There are no positive media images of a stepmom almost anywhere in children’s movies.

What a stepparent should never do?

Don’t attempt to harm relationships with the other parents. Never talk bad about their parents. Don’t force them into being a part of your new family until they are ready. Avoid parenting them in the beginning. These things will all push them away.

It can be difficult to deal with stepkids that hate you, but it’s important to empathize with them. Be kind to them. What else would you advise that stepmothers do when their partner’s children don’t like them?