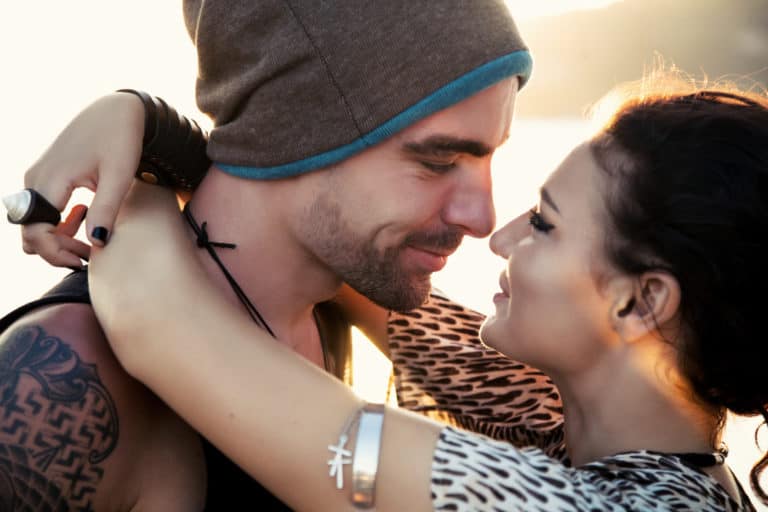 When deliberating on whether opposites really attract, a proper explanation is needed before you can fully understand. Be aware that there have been psychological notions to back up theories about opposites that attract, while other notions easily pull these theories down.

In order to determine whether opposites attract or not, we would need to consider certain facts like the personality of individuals, their needs at several points in time, and their desires in relationships. Properly weighing these factors to find a common ground will help us get a clear picture of whether different individuals really attract or not.

Though we’ve been programmed to believe that opposites attract due to how the world presents dating and relationships through the media, taking a closer look, you’ll observe that in most cases, people are not necessarily drawn to their opposites. As a matter of fact, the contrary is the case, to further elaborate on these points, let’s look at four factors to determine whether opposites really attract or not.

4 Factors To Determine Whether Opposites Do Attract

If you’re wondering, “Do opposites attract?” in order to determine this, we need to do personality pairing. This will help us identify the reactions of people when paired with different personality types, to either prove the notion right or wrong. Thankfully, several psychologists have conducted tests to provide valuable information on personality pairing.

In a bid to discover the truth about opposite attraction, they conducted multiple surveys on people to identify their choices when they became couples. Though some results showed that many choices were made irrespective of the contrast between them, looking inwardly, the subject that implied opposites attract still seemed invalid.

This was because in most cases, from an outward perspective, people are like exact opposites, but still share similar traits inwardly. They may have similar ideas, traits, and reactions to things, but in a way, people are still different.

For example, an outgoing individual deciding to date someone introverted seems like two different personalities are attracted to each other from an outward perspective. However, according to psychologists, this is referred to as complementary matching, rather than attraction of opposites. That is to say, an individual only goes for what they feel would complete them, and not necessarily oppose them.

Psychologists have also proven that people are naturally drawn to things they share similarities with, which indicates that someone who is outgoing and is attracted to an introverted individual, is exhibiting this attraction because of an innate and subconscious similarity he has with introversion. This is why in the long run, there’s a probability that the person may start exhibiting a trait that the other party has.

It’s easy for many to assume that opposite individuals are different in every way, in fact, according to popular opinion, many believe that attraction involves beliefs, morals, cultural background, and more. More so, similarities in these basic things are what make up any healthy relationship.

People naturally seek similar traits in others, especially those they want to spend their life with, this happens because similarities bring about peaceful coexistence. A substantial amount of interactions are built on similarities, while in relationships, a lot of actions are taken based on similar qualities.

The subconscious similar traits that exist in relationships, is a crucial factor in determining the length of the relationship. Better explained, the more similar qualities couples have, the more chances of them having a long term relationship.

Contrary to when individuals have opposing beliefs and ideologies, one of the parties would always have to compromise, which isn’t always easy to accomplish, but surprisingly, you will notice that the more one party compromises for someone else by setting aside his/her natural beliefs, the more the relationship grows in similarity.

This brings to light that people are only attracted to certain opposing personality traits in others, and not the fact that they are different. Though the good girl bad boy combo seems rampant, you will observe that these individuals still struggle to find a balance in their relationship. In a nutshell, compromise eventually still comes into play, where one has to change to please the other.

With this, it’s easy to say that birds of a feather flock together because as a matter of fact, we all need similarities to survive with one another.

Certain psychological tests were conducted in some parts of the world, in order to determine how a person’s personality can further increase their likeability. Individuals of the same gender were given pictures of individuals of their opposite sex and asked to rate their attractiveness on a scale of one to ten. No prior information was given about their personalities, they were just supposed to pick what they like.

While this test was ongoing, a similar one was carried out for another set of individuals. They were given pictures of people from the opposite sex and asked to rate their attractiveness on a scale. However, this time, information about their personalities were given.

The information was rather fictitious than factual and was opposed to the physical beauty of the individuals. Some were referred to as nice and kind, while others were called rude and condescending. While the first set of individuals rated their subjects on a more open scale, the other group subconsciously gave preference to those that had nice or kind personalities, even though their physical qualities said otherwise.

Though this attraction may support the attraction notion, understand that this is a feeling that would have occurred with any other individual as well.

Scientific studies have played an important role in revealing the causes of a lot of attraction between people. Specifically, we will consider pheromone attraction, it happens subconsciously, but based on scientific evidence, this attraction now has more physical explanation to it. Pheromone attraction can occur through sweat, scents, urine, and other body fluids.

In most cases, coming in contact with any of these will determine whether a person is attracted to someone, or has a repelling feeling towards them. What sponsors the pheromone attraction is the chemical substances generated from a person’s body. This further explains why anyone can suddenly become attracted to someone without any viable reason.

In such a scenario, the subject of attraction may not necessarily be physically attractive or have qualities that you’re normally attracted to, nonetheless, there’s an attraction or connection that occurs between the two of you. More often than none, this happens as a result of the pheromone in the scent they are giving off, commanding attraction, even without knowing it.

This also explains why many can be attracted to their exact opposite, without knowing the actual reason why. Pheromone attraction dates as early as human existence and is why newborn babies can detect their mothers based on their scents. This also explains why this notion has existed for a long time and is easily believable.

There are a lot of different individuals that make great couples, but this is dependent on their ability to find similarities and build a relationship with them. If two people are always opposing each other, rather than complementing one another, there’s a tendency for conflict to arise at every point in time. On the flip side, finding a balance despite having differences, is what will make the relationship succeed.

Do opposites attract in relationship psychology?

Psychology proves with theories that opposites don’t attract each other entirely, there are multiple reasons why a person would be attracted to someone that seems like his/her exact opposite. In some cases, when taking a closer look, you may even observe that they share various similarities, aside from their differences. This only shows that the attraction of opposites exists in some aspects, and not in entirety.

It’s been proven that people are naturally drawn to people they share similarities with, even more, certain similarities have to be present for a healthy relationship. This indicates that for opposites to be compatible, there has to be a level of similarity already established, to ensure the relationship lives a long and healthy term.

Can opposites be happy together?

Opposites can be happy together as long as they establish a balance between their differences. These individuals may be different in some aspects, but subconsciously similar in another way. Nevertheless, making an effort to ensure the differences don’t spur conflict in the relationship, is a prudent way to remain happy.

Is It bad to date someone just like you?

When considering who to date, you have to bear in mind your personality, and that of the individual you’re attracted to. The two personalities have to complement each other, with a sense of completeness by just being around this individual. Dating someone exactly like you is good, so long as your personalities aren’t always clashing and causing damage.

Did you enjoy this article on how the opposite attracts? Understand that your focus shouldn’t only be on whether you and your partner are birds of a feather, or not, you should focus more on building a profitable and happy relationship.

If you liked this article, kindly leave a comment below, and share it with everyone who needs to see it.