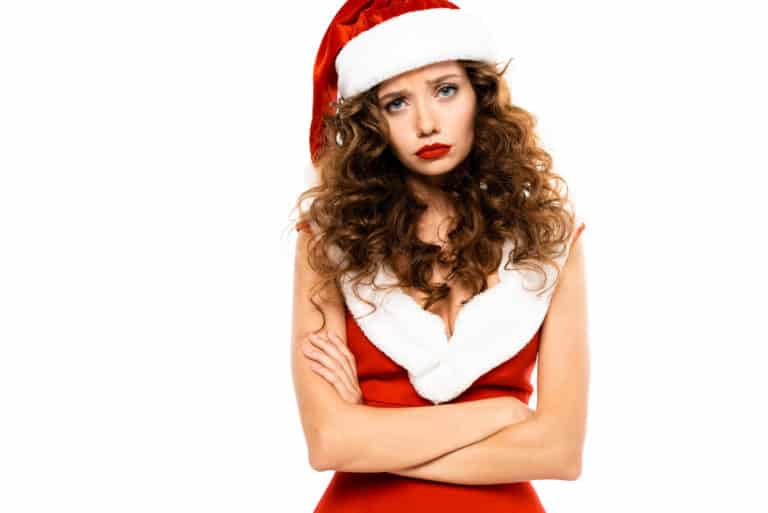 What Is Scrooging? (5 Facts About Scrooging In Dating)

Relationships (with their ups and downs) have phases where couples temporarily break up for specific unknown reasons. Relationship experts and other people have termed these temporary reasons, and they've individually become a dating trend. One out of many of them includes scrooging.

Scrooging means dumping or breaking up with someone right before the holidays, especially Christmas, to avoid getting them a gift. It may sound senseless or heartless for someone to end a relationship before the holiday season because they're too broke to buy you a gift. In reality, according to the press and social media, most breakups happen around the Christmas holiday season.

It feels like many people forget they could be a little creative or thoughtful to make homemade presents. It happens to both men and women, but some people forget it's more about the thought of the presents than the price tag.

There are numerous things you should know about scrooging, especially if your partner goes on and off in your relationship without a specific, meaningful reason. They may have you ‘scrooged’ and make excuses for it. It could be tiring being single when you least expect. To remedy this, keep reading to learn five facts about scrooging in dating.

5 Facts About Scrooging In Dating

One of the keys to a successful relationship is communication. People tend to forget how important it is to address or talk about certain things with their partners. One of the numerous things that cause scrooging is lack of communication. If you're in a relationship and want to last for a long time, you should learn to communicate with your partner.

Communication can be done in different ways; you could mention it to your partner casually, discuss it during a dinner date, or sit together at home and talk about it as a significant part of your lives. It would help if you let them know your stand on buying them a gift. If you're broke or your budget is less than their requested gift, tell them. This applies if you've Scrooged someone before.

You may be someone that views giving presents as gifts as less of a priority. Or, you wouldn't mind accepting other thoughtful and lovely alternatives in place of presents. In that case, you can discuss it with your partner for better understanding. It's better to have meaningful conversations when holiday seasons, especially Christmas, are coming up to avoid scrooging or being Scrooged.

2. It happens just before any major celebration day

Scrooging is a dating trend that is popularly known to happen around the Christmas holiday season. Unfortunately, it's a bit deeper than that. It would help if you watched out for it at other times that involve giving presents. It could be around Valentine's Day, Easter, graduation, your birthday, or any major occasion you both respect and exchange gifts.

According to relationship experts, relationships can often become less of a priority in the run-up to Christmas celebrations, even when they seem to be perfect all through the year. Christmas has been proven to be the period when most couples call it quits and has the highest rate of breakups in a year. Scrooging happens during other celebrations but not as much as Christmas.

Relationships can often become less fun, especially when you have a partner that ghosts you on days you need them the most. According to relationship experts and other people's experiences, if you experience scrooging during the Christmas holiday, you may most likely go through on a few or around every other celebration period.

3. Both men and women get Scrooged

There's a general belief that only women are scrooged. But in reality, men are scrooged, too. It's a dating trend and something that could happen in any form of relationship. As long as gift-giving is concerned, scrooging could be used as an escape root by any and everybody. According to some dating sites,

Relationships can often become less exciting and more worrisome, but this doesn't mean you should scrooge or make your partner less of a priority in the run-up to Christmas. The same thing applies to your best friend, family member, or anybody you love, value, and respect.

So any man or woman that feels like giving their partner or best friend a gift on a special celebration is less of a priority, is a scrooge. It's not exclusive to one gender. In addition to this, many people, guys, and girls have shared different experiences about being victims of this dating trend numerous times.

4. It's a dating trend term derived from a character in a book

Scrooging is a dating trend term that was derived from the character Ebenezer Scrooge in the novel, A Christmas Carol, written by Charles Dickens and published in 1843. The character is a mean, unkind, selfish man who hates Christmas and rejects or refuses to participate in anything that has a touch of Christmas in it and has a negative response to charity.

A scrooge is anyone who is a miser or cheapskate, with no love for Christmas holidays, celebrations, or fun. It is a term for people who shun excitement, any form of Christmas celebration, or anything that brings joy. Although Ebenezer Scrooge had been transformed to have the giving and happy spirit by three ghosts, the term is still in use.

Scrooging your partner or best friend could make them feel like they're less of a priority in the run-up to Christmas, especially if there's no specific reason for the breakup. It means you're not necessarily broke or clueless on the gift to give, but a miser. This is why people feel relationships can often become less romantic, mostly after a few heartbreaks.

5. There's a fear of exchanging gifts

You may be surprised to hear this dating trend is a common fear of affording gifts for loved ones. It doesn't happen with lovers alone, but in platonic friendships too, with a best friend. People don't call it quits or cause issues because they suddenly hate their loved ones. It's because they are afraid of what to say when they have no gift to give during Christmas.

Sometimes, it may not be the cost of gifts, but how their boyfriend or girlfriend would react to their little present. There's that fear of exchanging gifts that some people cannot overcome, which makes them come up with excuses or temporarily call the relationship off when they can't escape it. Furthermore, not everyone loves the holiday season, especially Christmas, for specific reasons.

It may be because it brings back sad memories, brings too many people together to celebrate in groups, or makes the streets busier than usual. It could be that they view the idea of exchanging gifts as less of a priority. Some partners who are not comfortable enough to say this to you would rather have you Scrooged than face the truth.

What is orbiting in dating?

Orbiting is a dating trend, almost like ghosting. It is when you or your partner stop communicating directly with the other but are still actively engaged on each other's social media posts. This means your boyfriend or girlfriend would stop texting or calling but would like or view your social media posts.

What does it mean to be benched in a relationship?

When someone benches you, it means they won't necessarily ask you out on a date or ask you to be in a relationship with them, but they'll keep you as an open option. You may be one of the other numerous options they have, who they can leave and come back whenever they want.

How long do most dating relationships last?

According to research, dating relationships last from 3 months to five years, depending on the partners involved and what they hope to achieve. It could be longer if the couple can tolerate, understand, or selflessly support each other. And it could be shorter if they decide they can't take it further.

Can you date without being in a relationship?

It's not impossible. Relationships involve a lot of time and energy to make them work. You would need to have lots of conversations to make sure you and your partner completely understand each other. But, dating primarily involves seeing one other, having fun, and not necessarily knowing about your private affairs.

Kittenfishing is when someone portrays a fake life to people. For instance, their lives on social media would be entirely different from their everyday lives. So they could put up a perfect profile while their real personality is not so perfect. It's the same thing they do in relationships.

Like every other dating trend, scrooging has its facts. It explains why certain things happen in different relationships. Please read the 5 points I've mentioned and try to find out the reasons you or your partner is scrooging. I hope you liked this article. If yes, please share with others and feel free to drop a comment.

You May Also Like
How To Tell If Someone Likes You (29 Unmistakable Ways)
No Comments
He Hasn't Texted Me In Over 3 Days (Should I Text Him?)
2 Comments
Why Doesn't He Want To Meet Me In Person (23 Possible Reasons)
No Comments