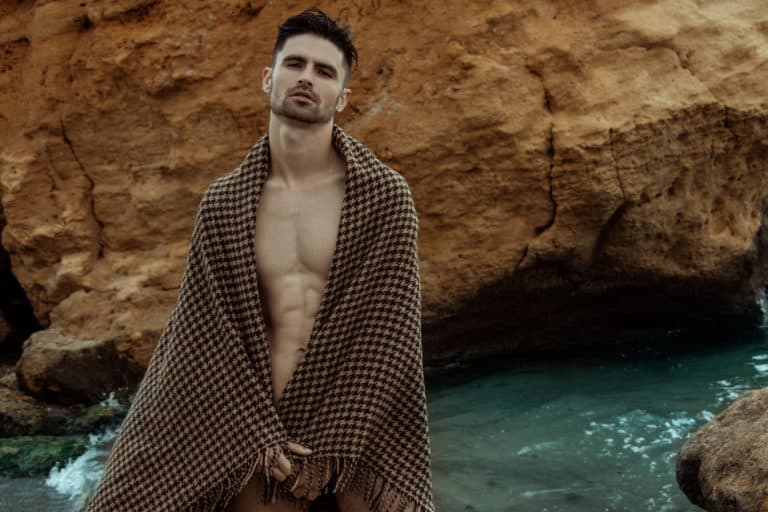 Nudist Husband (5 Things To Expect From Your Partner)

First of all, for a non-nudist, it’s going to be difficult to remember the names of people when they are naked. so if you are married to a nudist hubby, brace yourself!  The term nudist is used interchangeably with naturism— a group of people who are in tune with nature and practice its freedom by hanging nude around each other.

Even people who take off their clothes to swim or a lounge at home tag themselves as naturists too. People get to choose whatever they would like to do with their bodies because guess what? It’s their property. As a nudist wife, you’ve got to figure your life out in regards to living with a guy who enjoys going naked.

As adults, we should consider the factors surrounding our decisions before making them. I bet that’s what you're doing by researching what to expect as a wife to a naturist — you’re in luck. Below are five things to expect from his naked lifestyle.

5 Things To Expect From A Nudist Hubby

This is what you should brace for if you’re a wife to a committed nudist — private nude parties. They have these gatherings more often than not. It’s their space to be who they are, away from the rest of the world. Your partner would want to be a part of that as well.

I don’t know about you but I’m not sure how I would feel about letting my husband hang around nude with a bunch of people, including other women. As a person who doesn’t share a similar belief, you can help but feel like he’s being stolen away from you by the clan or that they’re up to no good.

Attending these parties, whether at the beach or a private resort, is going to be like “nights out with the boys” only naked. Now, if the thought of your partner hanging out naked in the open makes you cringe and insecure you might want to think hard about the situation you’re walking into.

Keep in mind clothes protect us from direct contact with the sun, injuries, and whatnot. He would be prone to injuries, sunburns, and other skin irritations. Talk with him about how often he would be attending these private meetings. Ask about what goes on there as well. It’s easier to understand why he wants to be there when you know what goes on there.

Sometimes, you may just have to attend.

2. He would be open to showing his parts

Being married to a naturist is not for the faint-hearted, except you are into not wearing your clothes as well. He would be open to showing his parts at any point in time. Just imagine if he takes off his entire bathing suit at a pool party with your friends. That would embarrass you big time.

For this relationship you work, you both need to discuss when it’s okay for him to take his clothes off and be in his element. Both sides of the relationship have to make equal compromises to be together.

Expect him to be naked around the house when you’re not home, hence no surprise visits with your friends. That said, not every naturist likes to share their nakedness in so much company. A lot of people who just enjoy hanging around their houses or private areas are torn between identifying as naturists or not.

As much as he is prepared to show his parts, he doesn’t mind if you do so as well. Some women would consider the nonchalance towards their choice of outfits a plus. Other men would rather their wives don’t expose their body parts to the public.

Naturist men are quite the opposite. They don’t mind what you put on and would be glad if you’re in tune with their love for nature as well. Most people think this belief is for old people during their retirement. However, you’d be surprised how many young naturists are in the world.

The words nudists and naturists are used interchangeably. Although people would say the first set are people who just enjoy going around naked for freedom, without an actual cause — most naturists do it for the cause of nature.

According to some nudists, before the fall of man, Adam and Eve were naked. So, I’m assuming they’re trying to achieve that ambiance when they hang together.

Prepare to come home to so many artifacts he’s collected from nature and hear stories about the earth. If these sorts of subjects interest you then, by all means, go ahead and enjoy your man. If not, you may want to rethink putting up with his behavior.

There’s a plus side to this. You get to learn about the earth and work towards saving our planet. This is because apart from walking around naked, they have a common cause to preserve nature that they fund together.

Men who are inclined with nature are known to be very smart, with the most loving qualities. He would understand the way that you feel easily and wouldn’t be difficult to communicate with. These men are often very relaxed people who are confident in the way that they look.

As a wife, it might be a struggle for you to keep up with his way of life. It might eventually cause a strain in the relationship when you don’t.

4. Might try to turn you to the other side

It’s inevitable that your partner would try to turn you to his side of the world. Or, he would feel more comfortable if you were an active part of it. Nudists are better as couples if you think about it. Imagine attending a private nude party where you’re not supposed to react to the nakedness and you have to hit on the opposite sex. Sounds rather difficult to do in my head.

If you’re both on opposite ends about this, it would cause an imbalance in your relationship that’s unhealthy for you both.

Nudists often get married to a spouse with the same ideology as them in order to create a balance in the relationship. If you aren’t on board with his views, be prepared to have him convince you at every instance that you should be a part of it. There’s no way this behavior would not be in your face.

I suggest you keep an open mind about it if you’re interested in sustaining your marriage because standing at opposite ends makes it more strenuous.

Even if he doesn’t try to convince you himself, I figure you may be pressured into nudity by his friends or the desire to be a part of his world. This is because like it or not, it’s awkward to be the only one dressed in the house of naked people. Plus if you can’t beat them, join them. Sooner than later, you may just catch yourself naked too.

5. Not as in tune as others to nakedness

Some of these men end up with a low sexual drive — they’re not as motivated to have sex as the average man.

As a wife, it could be the exact opposite effect for your partner and as expected. It’ll lead to more questions as to why he made the choice to believe in what he does. They believe that being naked is just as equal to being clothed always and they can do the activity without their clothing on. A naked man sends both of you two different messages.

It may take a while for you to develop a resistance to the urge or discomfort that comes with seeing a person without clothing.

You have to see that to him, it’s a beautiful feeling to be naked and there’s nothing to be ashamed of. However, as his wife, you may be prone to feeling shame amongst your family, friends, and other people. The plus side is the lack of laundry to do. Imagine just letting your toddler play around naked and all you have to do is keep bathing the child without any laundry.

All bodily or physical hormonal changes would be seen and experienced together. I figure everything he does is to reflect the lifestyle. From, lounging at home, sleeping to even cooking and sometimes, mowing the environment is done while he is naked.

I hope you enjoyed this article as much as I did writing it.  Keep in mind that being married to a naturist isn’t a terrible thing. However, they’re certain things to expect around nudity which I’ve shared with you in the article. I would love to read your opinion on the subject, so please drop a comment below and don’t forget to share this article with your friends. Thank you!

You May Also Like
8 Signs Your Husband Doesn't Love You Anymore
No Comments
How To Deal With An Insecure Husband (17 Wise Ways)
No Comments
Husband Won’t Let Me See His Phone: Should I Be Worried?
No Comments