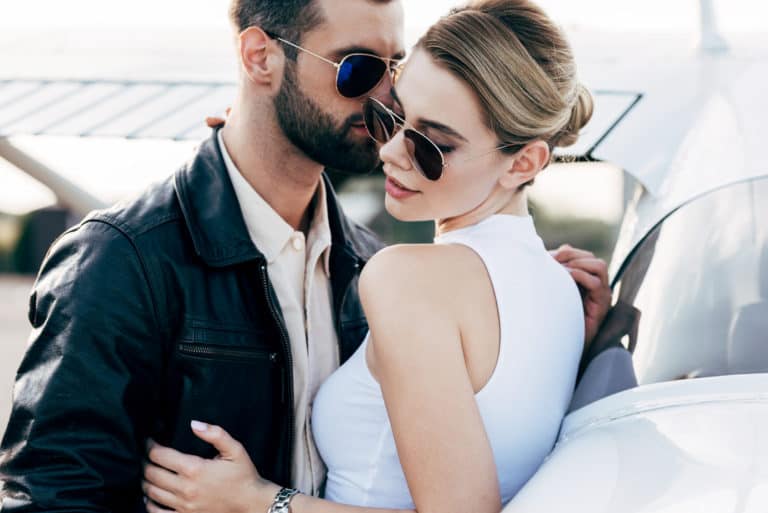 Are you beginning to fall for a mysterious yet handsome Capricorn man?

Are you a bit worried about the consequences of a relationship with this sign?

Perhaps your sign is deemed to be incompatible with his, or you’ve heard some bad things about the weaknesses of a Capricorn?

If so, I get the feeling that you’ll find this guide very useful. It reveals 11 potential dark traits of dating a Capricorn.

The first thing I’d recommend to you - or any woman in this situation - is to download this online communications tracker tool.

This clever tool can dig into this person’s smartphone history - and deliver you information about his recent communications.

You’ll find out who he’s calling and messaging most often, what apps and online services he’s using, plus a huge range of data points surrounding his online activity.

If this guy has some dark traits that he’s hiding from you, this tool will dig them out almost immediately. Plus, it’s 100% discreet, so he’ll never know he’s being tracked.

While not all Capricorns have all of the dark traits below, it’s well worth looking out for them. If you spot them, you can be confident that this is an ingrained part of his personality.

So, let’s dive in and find out what they are.

The Capricorn man is one to count and calculate. He works hard for his money and is responsible when spending it. While he will look good and live well, he is always looking for ways to cut costs. Don’t be surprised if he takes you to a cheap restaurant for a date - it’s nothing personal; he just does not see the need to overspend on food.

He’s also quite an oddball because even though they care about how they spend their money, they are humanitarians. You will still find a Capricorn male volunteering in a shelter or donating to charities. It’s not about not having the money with these guys; it’s about being prudent and spending wisely.

Sometimes, the Capricorn man can come off as really negative because he likes to be practical. He does not mind making himself the devil’s advocate to prove a point. You can tell him about something you are excited about, and he will probe at that thing to the point where you no longer feel like going through with it.

His intention is not to try and scare you off; he genuinely wants you to be sure that you are making rational and practical decisions, and that’s why he makes it his duty to tell you the cons of what you are about to do. Either way, this is seen by others as the dark side of Capricorn born men.

Capricorns can be very stubborn, they may even be the most stubborn of all Zodiac signs.

They are set in their ways, and whatever decision they make is absolute. This trait links to their narcissistic tendency, where they believe they are perfect, and the world revolves around them.

It takes a patient partner who understands the dark side of Capricorns to manage this trait.

If you are sensitive, you have no business building a relationship with a Capricorn man. This is because, when dating them, you need to be ready for some hard blows.

This man has an elevated sense of self and sees himself as a perfect being. He is quick to point at other people’s flaws and refuses to open his mind to things that do not resonate with his understanding. This trait is what makes him a bit of a snob and contributes to his antisocial personality.

5. He is too logical

For something to capture the Capricorn man’s attention, it needs to be meaningful and rational. He sees things in black and white, either this or that, and there are no middle grounds with him. However, some life situations may require that he applies his emotions, and the Capricorn man struggles here.

Capricorns are considered as the keeper of time because of their principled nature. So, when people want to see the dark side of a Capricorn man, they should simply be impractical and wayward. The principled Capricorn trait makes him approach life with seriousness and leaves little to no room for light-hearted ideas or opinions.

If you’re dating a Capricorn man, I must warn that he is not the most empathetic person you will ever come across. The worst part is, he may not see this as a problem. He is apathetic and indifferent about the things that do not concern him.

He is someone who is a workaholic, and this can lead to him ignoring your emotions and desires. Dating him almost seems like being with a mechanical person because he works hard, provides for his family, and can go for extended periods in bed, but maybe ignorant of your feelings.

7. He can be controlling

The determination often portrayed in typical rags to riches story can be attributed to a Capricorn’s man behavior. Males born under the Capricorn sign are high achievers, and they will stop at nothing to get what they want, and this attitude can turn bullish after a while.

It is easy for a Capricorn man who lacks the discipline to become a tyrant in his relationship.

He’s controlling and authoritative behavior can make a free-spirited partner feel choked, and it hinders his chances of having meaningful relationships. After all, no one wants to be in a controlling relationship.

One minute he is bubbly and cheerful, and the next minute he is cold and moody. Capricorn doesn’t apply emotions in their decisions, it’s not their thing. Even in their relationships, it is not uncommon to see them give their partners the cold shoulder or act indifferent towards emotional topics.

The Capricorn man’s mood swings will keep others on their toes. They are unpredictable and you may never know what to expect.

9. He has high expectations of his partners

To be in a successful relationship with a Capricorn man, other zodiac signs must be ready to match up with his ambitious traits. The Capricorn man believes he is perfect and superior to other people; he thinks of himself as the prize and takes his time when picking a partner.

He holds his partner to a high standard and will not hesitate to point out her flaws. This behavior can make him look cocky; a sensitive partner is bound to find it annoying.

Rigid, grounded, and focused are common terms that define a Capricorn man. Since he likes to be in control of his future, he is not one to experiment. You will only find him trying new things after taking his time to weigh the pros and cons.

This trait, along with his anti-social tendencies, can make him come off as boring in relationships. If you love to take chances in life, you will find your relationship with a Capricorn man quite challenging.

11. He is distrusting and cautious

Capricorn guys do not rush into relationships, and even when in a relationship, they do not bring all their walls down. For them, it is one block at a time; it takes hard work to gain the trust of men born under this zodiac sign, but the reward is worth it.

Remember, the Capricorn man is cautious and calculative, so do not expect him to take people at their word. He will always want to scratch beyond the surface to discover what’s underneath a person and know if they are worthy of his love.

They come across as domineering and apathetic. In many cases where they are indifferent, it is not like they don’t like you; they just don’t acknowledge your feelings. Furthermore, their ambitious traits and expectations may irk you and make you think of them as rude.

How do you tell if a Capricorn man is using you?

Fooling around in a relationship is not a characteristic common to a Capricorn man. However, never say never. If you feel like a Capricorn man is using you, you will need to pay attention to his actions. It won’t be easy because he is not an affectionate being.

However, you will notice that he keeps his distance from you and continuously clarifies that you are nothing but a friend to him. In extreme cases, don’t be surprised if he blatantly blurts out that he doesn't love you, and if he does, take his word for it.

Why are Capricorns so flirty?

Capricorn men generally do not intentionally flirt; they are straight forward people. However, many women find their mysterious behavior alluring, and this attraction can be interpreted as flirtatious. In a situation where a Capricorn man likes you, he is more likely to use body language as a flirtation mechanism more than his words.

Capricorn males do not have a problem taking charge in the bedroom. It excites them to be in control. However, do not make the mistake of teasing them even in a friendly way as they are self-conscious about their sexual performance. Any hint of criticism can be a turn off for this set of men.

Are Capricorns bad at relationships?

It is hard to say if Capricorns are good or bad at relationships, but what I can is that their ability to excel in a relationship depends on who they are with. Capricorns are ideal partners because they are honest (sometimes a little too much), grounded, and realistic. However, they need someone who is patient and matches their ambition to have a healthy relationship.

The Capricorn man would rather be alone than risk a betrayal because he made the wrong choice. This is why they are meticulous in every decision they make. I hope this list helps you understand the personality traits of a Capricorn man. If you enjoyed reading this article, please leave a comment and don’t forget to share.

7 comments on “Dark Side Of Capricorn Man (11 Unrevealed Traits)”