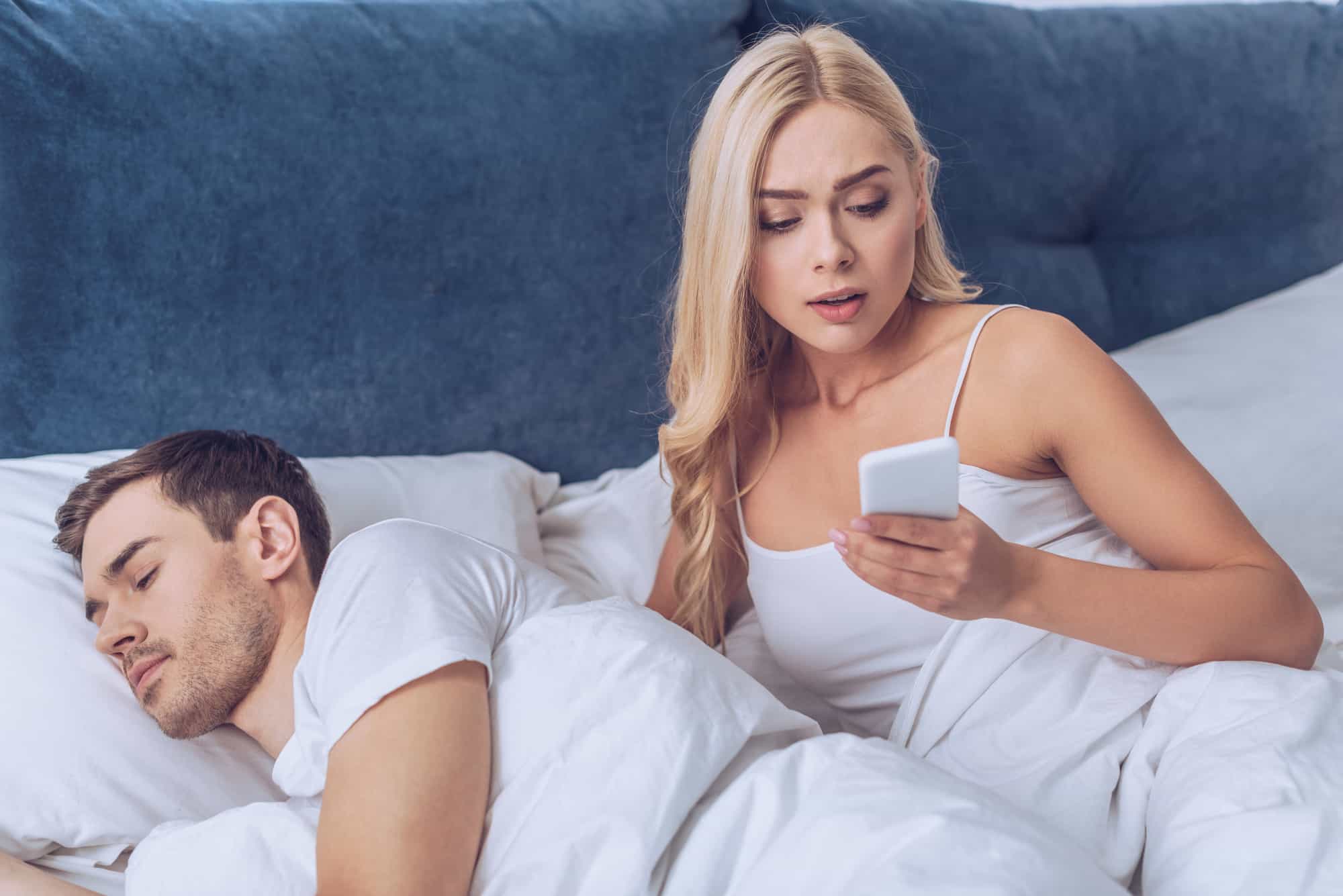 Behavior After Getting Caught Cheating (7 Things To Do Now)

Are you wondering what to do after catching your lover cheating?

Perhaps your head is spinning after this bombshell and you have no idea how to react?

If so, this guide is here to help you.

Here, we’ll look at the different moods your partner may exhibit. We’ll also explore the ways you can react, what to say to him, and how to focus on the future.

But before we do any of this, there is some important information you need to know.

It’s going to be near-on impossible to patch things up until you know exactly what has been going on.

Without this information out in the open, it’s going to be too hard to ever trust him again.

The problem is: you probably can’t trust him to reveal the whole truth to you.

That’s why I want to recommend this powerful communications tracker tool.

This tool will show you who your partner has been messaging and how often.

You’ll also be able to find out what apps he’s been using and whether he has any secret contact details.

This tool only needs a few of your partner’s basic details to get to work.

Better yet, it’s completely discreet so he’ll have no idea you’ve used it.

The tips below will also help you.

Defensiveness - “What I Did Wasn’t That Bad!”

The first thing your partner will probably do when you bust him for cheating is to try to minimize the affair and downplay what happened, acting like it wasn’t that big of a deal. He may try to cover up the details of the affair.

Call to Action: Stay calm and give him a chance to come to grips with the fact that he got caught. He’s trying to justify what he did, and that won’t last long. Just prepare yourself for any reaction by understanding the things cheaters say when confronted about being unfaithful.

To come “out of the dog house,” many men will claim the spouse made them vulnerable to having an affair by not meeting their needs in some way. For example, he may say that you seemed to have lost interest in him or that he’s lacking a certain intimacy in the marriage.

Call to Action: Don’t blame yourself if he tries to justify his actions by pointing the finger at you, but try to understand the part that you may have played in the affair. Often, a man who has cheated on his spouse has a reason for doing so. Ask yourself, “Why did he do this?”

Uncertainty - “How Is She Going To Process This?”

Well, inside, he probably has cheaters’ guilt and is swallowing a giant gulp in his throat, thinking about how bad things are now. In this phase, a man is trying to gauge how a woman feels after being cheated on. He may withhold his feelings until he understands yours.

Call to Action: The best way for you to move past this is to open up and have an honest conversation about how you feel. Think about how you and your partner can fix this together, and let him know. He can’t read your mind, so talk to him in a positive way.

Remorse - “I Regret What I Did So Much!”

What does infidelity mean? It means your partner was unfaithful; he knows this; he probably doesn’t know how to fix things, though. He probably loves you a lot and regrets what he did.

Call to Action: Let your partner resolve his guilt in the manner he is most comfortable doing so. His guilt may make you feel better, but don’t leave him in this stage forever. Allow your partner the chance to feel less guilty, but don’t let him develop depression over it. That can lead to mental health issues.

Depression - I Can’t Believe How Bad I Screwed Things Up!

Here, he has probably processed everything and is now depressed because he feels like a screw-up. Men tend to beat themselves up when they’ve made big mistakes.

Call to Action: You can let him beat himself up a little bit, but there’s no point in having him depressed forever. Is that really the type of relationship you want - one where he just feels down and depressed over the affair? At some point in time, you need to let it go and forgive him.

Frustration - I Just Want To Move Past This!

He feels guilty and just wants the feeling to go away. His remorsefulness may not be evident, but it’s there. Are you rehashing the anger you feel toward him over and over again?

Call to Action: It’s time to forgive; you’ll never forget, but the sting of the affair will go away eventually. No one enjoys getting nagged about something in the past. If you want a healthy relationship, you need to focus on the future with your significant other and let go of the past.

7 Actions To Take Next

1. Let Your Feelings Out

If your partner just got caught cheating, you are probably in shock, but it’s time to let those feelings out! Have a good cry in the shower. Write a letter to his wife (but don’t send it), hash out your feelings on paper by writing in a journal, and have a heart-to-heart talk with your partner.

2. Decide If You Can Forgive Him

If he refuses, you should seek legal advice and look into a divorce. He’s disrespecting you if he continues to have an affair after getting caught cheating. You deserve to have a relationship where both spouses are honest and faithful.

Did he have an unmet need? When you caught him, what was his excuse? Why did he jeopardize your relationship? What did he find in the affair that he wasn’t finding with you? Have an open-minded conversation about this.

5. Ask If He’s Willing To Work On The Relationship

It will take work before things are back to normal (how they were before he got caught cheating). Ask him if he’s willing to do the work that it will take for you to trust him again.

Therapy can help you understand why your lover was unfaithful, how he feels about being caught, and how to improve things between the two of you.

In the end, you have to forgive him. A relationship can survive infidelity, but it won’t work if one person can’t agree to move on. To successfully stay together, a bond must be rebuilt, and forgiveness is one of the bricks it stands on.

Can A Serial Cheater Ever Stop?

The word “serial” means they’re addicted to cheating. Addictions are hard to stop, but that doesn’t mean it’s impossible. Keep in mind that the addict has to quit on his or her own; addicts must change themselves; you can’t change them.

How Do You Get Someone To Tell The Truth About Cheating?

First, you should make sure you are calm in your approach, so don’t approach the subject hot. Next, explain your feelings - the hurt and the love; both are crucial. Finally, talk about the future; explain you want to fix things and move forward. A strong couple can survive an affair.

Cheating means they did something you didn’t know about, so I would say yes. There was deceit, and information was withheld, and an omission is an act of dishonesty. Did your lover lie about the affair? Did he lie about his actions with his affair partner?

How Do You Tell If He's Cheating?

There are many ways. You can look for the telltale signs like lipstick on his collar or a change in appearance, or you can do some digging on your own to catch your partner cheating. Spy on his cell phone for unusual activity.

How Do You Make A Relationship Work After Cheating?

It’s not easy; it takes two committed partners who want to make it work. Couples counseling is a great way to restore a damaged relationship; if forgiveness is not in the cards, it may be best to move on.

Remember: It takes two to tango. You now know what to expect from your lover, but don’t let him suffer forever. Take action so you both can move toward the future!

Have you been through this? How did it turn out? Please share your thoughts in the comments section below! 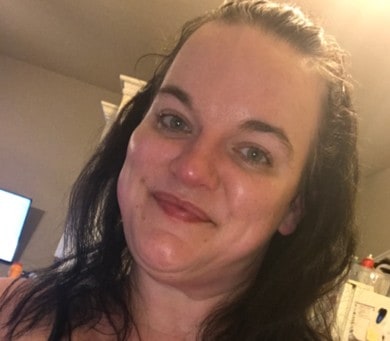 Michele Kelsey
After decades of experience dating, I finally found my prince. It was not an easy road. I kissed plenty of frogs to find Mr. Right and learned a lot from my mistakes. I enjoy writing and feel especially lucky that I get to share my expertise on my favorite subject – love. I’ve been happily married for almost a decade now, but I love giving relationship advice.

You May Also Like
What Is Monkey Branching? (4 Obvious Signs)
1 Comment
My Husband Can't Get Hard: Is He Cheating? (The Honest Truth)
1 Comment
6 Signs of Cheating Guilt From Your Husband
No Comments